Whichever way you look at it, the real estate market is finishing strong as we wrap up 2013!

According to a recent Bloomberg report, several market indicators are showing growth and gains, which is great news for home buyers and home sellers alike!

Today, we’re going to share with you some of the highlights of this recent report. Happy holidays everyone!

According to the Bloomberg article, purchases of new U.S. homes rebounded during the month of October from the lowest level it’s been in more than a year.

Experts say that this signals that home buyers are beginning to adjust to higher mortgage rates.

Aiding this increase in home sales is the fact that there have been employment gains across the board, as well as stock price increases.

Here’s what else the report revealed about national housing market activity:

As you can see, our national real estate market is becoming more active as residents everywhere become increasingly optimistic about the state of the housing market.

This bodes well for 2014 predictions for the national housing market!

Check back on January 1 as we continue to discuss real estate market activity that affects you! 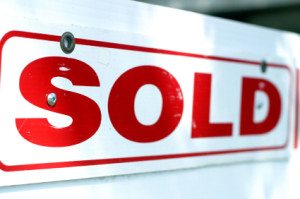 As real estate experts, we’re always looking for market indicators to suggest whether the market is favoring sellers or buyers.

We look at a variety of factors, including average list price,  median sales price and price per square footage.

Another indicator we look at is the days that a home spent on the market before it ultimately sold. And if the latest data is any indication, this metric is certainly starting to favor home sellers!

Why Home Sellers in the US Should Be Optimistic

According to the most recent real estate data, properties listed in September 2013 spent an average of 86 days on real estate websites, compared with 116 days last year!

This suggests that homes are selling nearly a month quicker than they did this time last year.

Here’s what else the most recent real estate data reveals:

Check back here soon for more updates on how the national real estate markets in the United States are faring!

And for expert help on your own home-buying or home-selling goals, please contact us today!